Be Obsessed or Be Average | Book Review

I wanted to start posting more about the books I’ve been reading so let’s start with “Be Obsessed or Be Average” written by Grant Cardone. For those who don’t know about Grant, I suggest checking him out. He’s an industry leader when it comes to sales and business and is obsessed with success. This guy knows how to get people motivated. Here’s a link to his website.

Anyhow, I want to start writing up book reviews for every book I read, so here’s the first of many!

Be Obsessed or Be Average – Review

Grant starts off the book talking about his past struggles as a teenager where he was obsessed, but to the wrong things; drugs and trouble. After spending a few years in that lifestyle, he went to rehab where he was actually told that because of his addictive personality, he would “never make it”. That he was “defective”. Ouch! Could you imagine being told that?

In fact, I too 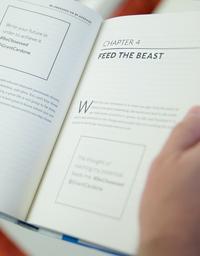 have been told many times I have an addictive personality and that it can get me into trouble (it has). But being addicted or obsessed isn’t a bad thing, at least not when it’s aimed towards the right things, such as achieving success.

And that is exactly what Grant decided to do. He didn’t let others tell him who he was. He believed in himself and started to turn his life around. He got a job as a car salesman and decided that he was going to be obsessed with being the best. In a few months, he became the top earner.

From that point on, the rest is histroy. He never looked back and hasn’t slowed down since. He has become the leading expert in sales coaching where he runs Cardone University for both Fortune 500 companies and individual sales
people. However even today, people try to bring Grant down. They tell him things like “you are working too hard” or “take it easy, you’re already a success”. But Grant knows better. He knows from past experiences explained within the book that once he hits his goals, he sets higher ones and keep rekindling that obsession for success.

The book is a great read. It was very fluid and easy to get through while still being packed with valuable information. It’s not better than “The 10x Rule“, one of Grant’s best publications, but would still highly recommend it! It’s especially a beneficial read for those who know they have an “addictive personality” like myself and want to aim that addiction/obsession towards achieving legendary success.  And despite what you or others may think of Grant’s obsession, he’s a man on a mission and there’s no stopping him – so don’t bother trying!

Just buy the book and learn from the man himself!
Get it on Amazon: “Be Obsessed or Be Average“

(Disclaimer: This post may contain affiliate links for which the owner of the site may recieve a commission for. These links help keep the lights on around here and do not incur any additional costs to you).

Let’s hear it! Have you read the book yet? Thoughts?

Young entrepreneur. Founder and main contributor of LegendarySuccess.com. After graduating with a BA in Loss Prevention Management, I soon found my entrepreneurial drive and shifted my career path. I'm a personal development junkie dedicated to helping others find success in life. You can connect with me further at BrianSchwarze.com .

7 Business Books You Can Read in an Afternoon